This craft is so cute and easy and it doesn’t have to be messy! It’s also a craft that you probably already have all the supplies for in your house! The supplies you will need for this craft are:

1. A small towel (this can be a hand towel, a dish towel, a washcloth, a microfiber towel, ect.)

The first thing that you will need to do is gather your supplies and lay your towel completely flat (I am using a hand towel).

Next, begin rolling your towel in towards the center of the towel. You want to make sure that you are rolling it tightly. Once you’ve rolled the first side of your towel to the middle of the towel you want to stop rolling. Now you want to flip the towel around and begin rolling the other side of the towel in towards the middle. After you’ve rolled that side to the middle your towel should look similar to the photo below. Next you want to pick up your towel and fold it. You don’t want to fold it completely in half. You want the top half that is folded down to be a few inches shorter than the other side. Once your towel is folded in half it should look similar to the photos below. 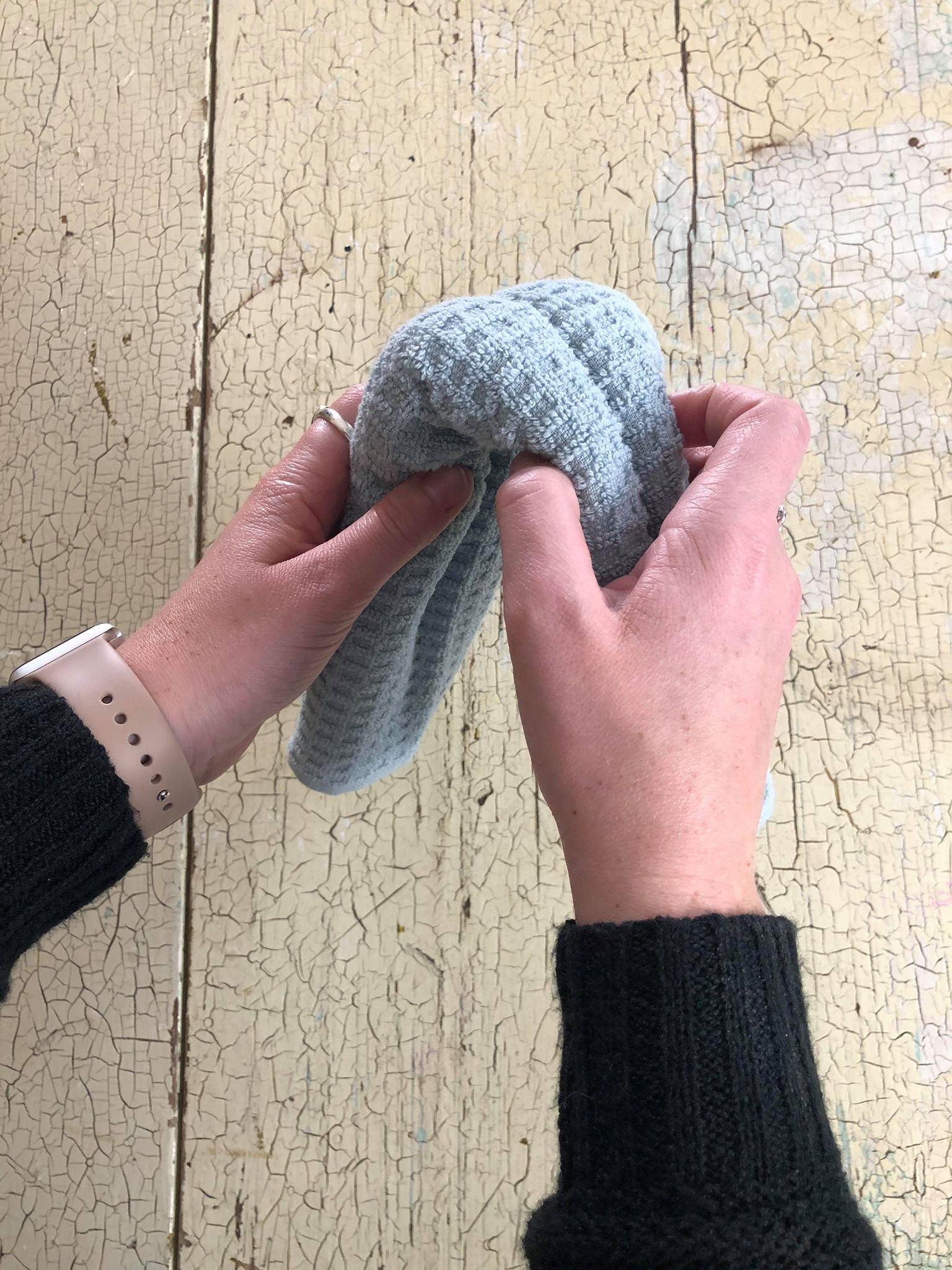 Once you have your towel folded you want to pull the rolled pieces towards the sides. You want to do this because those will form the arms of your teddy bear. Next, pick up one of your elastic hair ties. You are going to place this hair tie a little less than half way down your towel. This is going to help form the head of your teddy bear. After you’ve created the head of your teddy bear using the elastic hair ties it is now time to create the ears! At the top of the head you can see where the rolled part of the towel was folded over. This is where we are going to place the other two hair ties to form our ears. 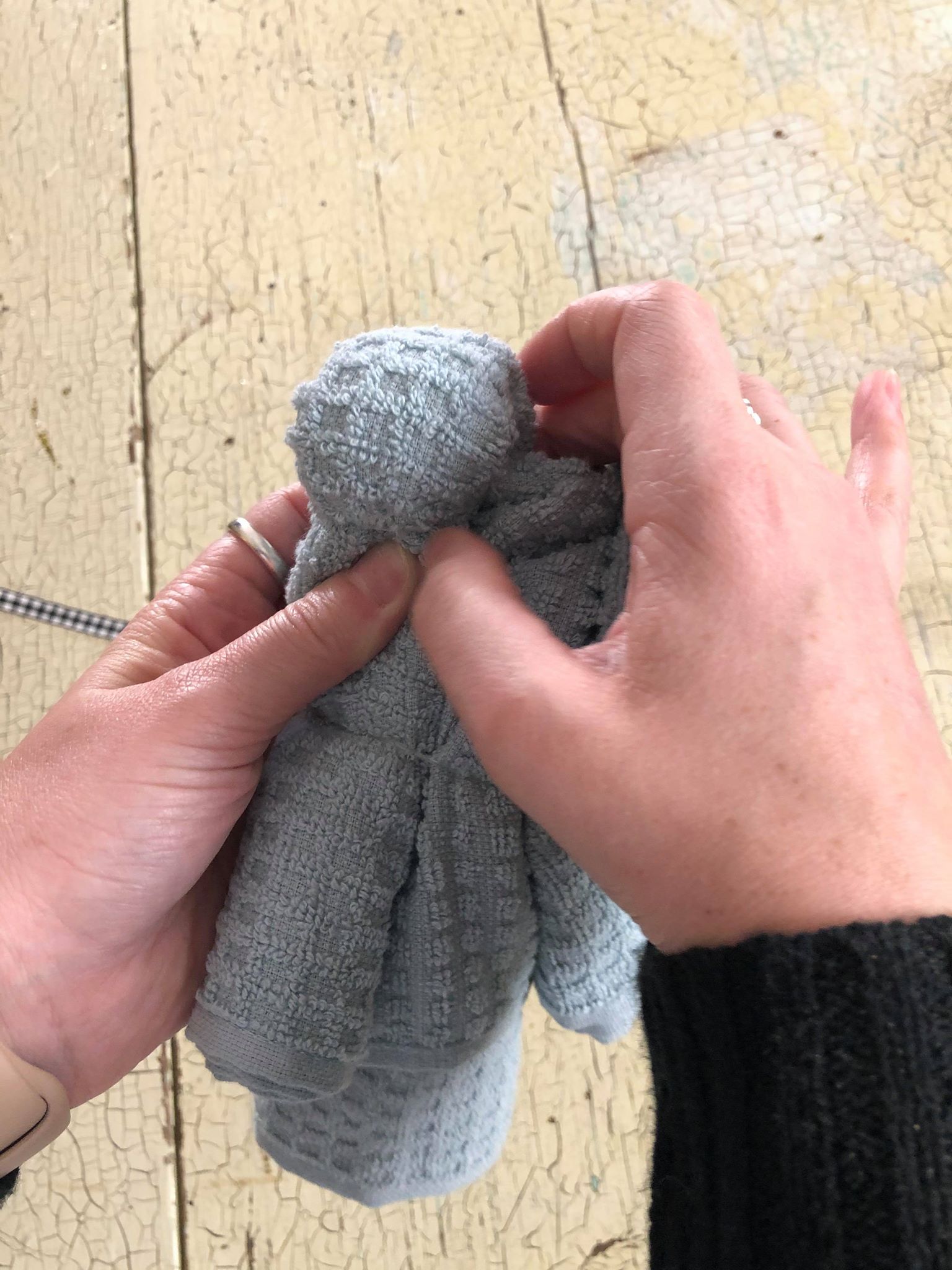 After forming the shape of your teddy bear you get to decorate it and make it unique! I’ve decided to add a ribbon around the neck of my teddy bear. I’ve chosen a thin black and white buffalo print ribbon. This is such a fun and simple craft that would also be great to do with kids. You could add bows to the ears, you could add buttons for eyes, if you have an old towel you could even let your kids draw on it with markers. There are so many different ways to make your teddy bear unique and that is what I love about this craft! 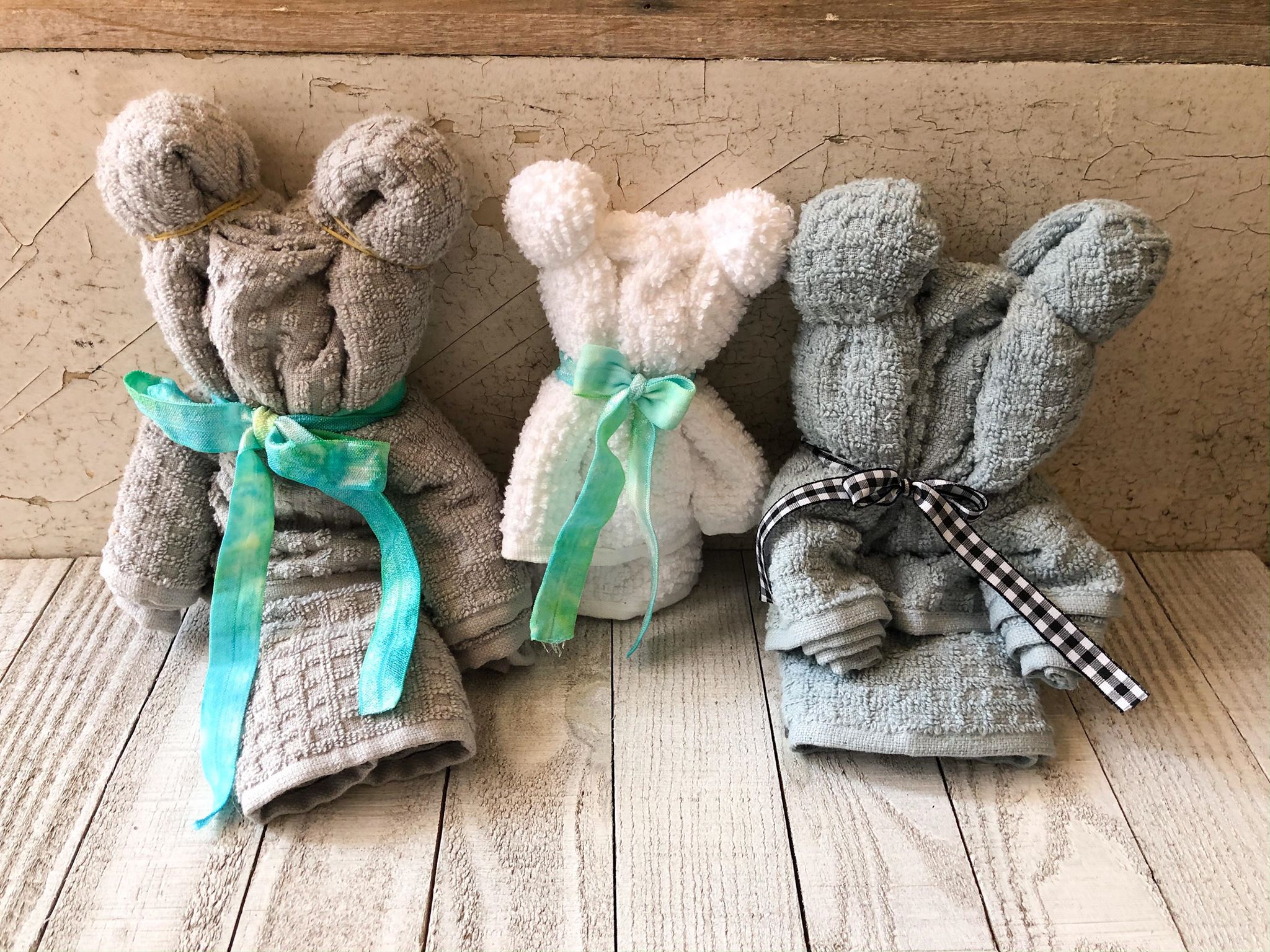