When decorating for Christmas I love adding decorations of the Grinch. I know it’s early but a few of the stores have starting putting out some Christmas items. I just found some fun Grinch fabric in Hobby Lobby and I just know we can easily turn it into a fun Grinch decoration. The supplies that I’ll be using are:

1. One piece of Grinch fabric from Hobby Lobby The first step is to cut out the Grinch. You will cut him out the best that you can. I did leave a little bit if the green fabric around the edge. Be sure to cut between his legs too. Once you have him cut out you will then use the mod podge to attach him to the cardboard. I added mod podge to the back side of the fabric first and then placed him onto the cardboard. Once I had him on the cardboard I then added more mod podge over him. Once he is dry you will then cut him out. I decided to add some green paint around the edge. This is optional but I feel like it gave a more finished look. 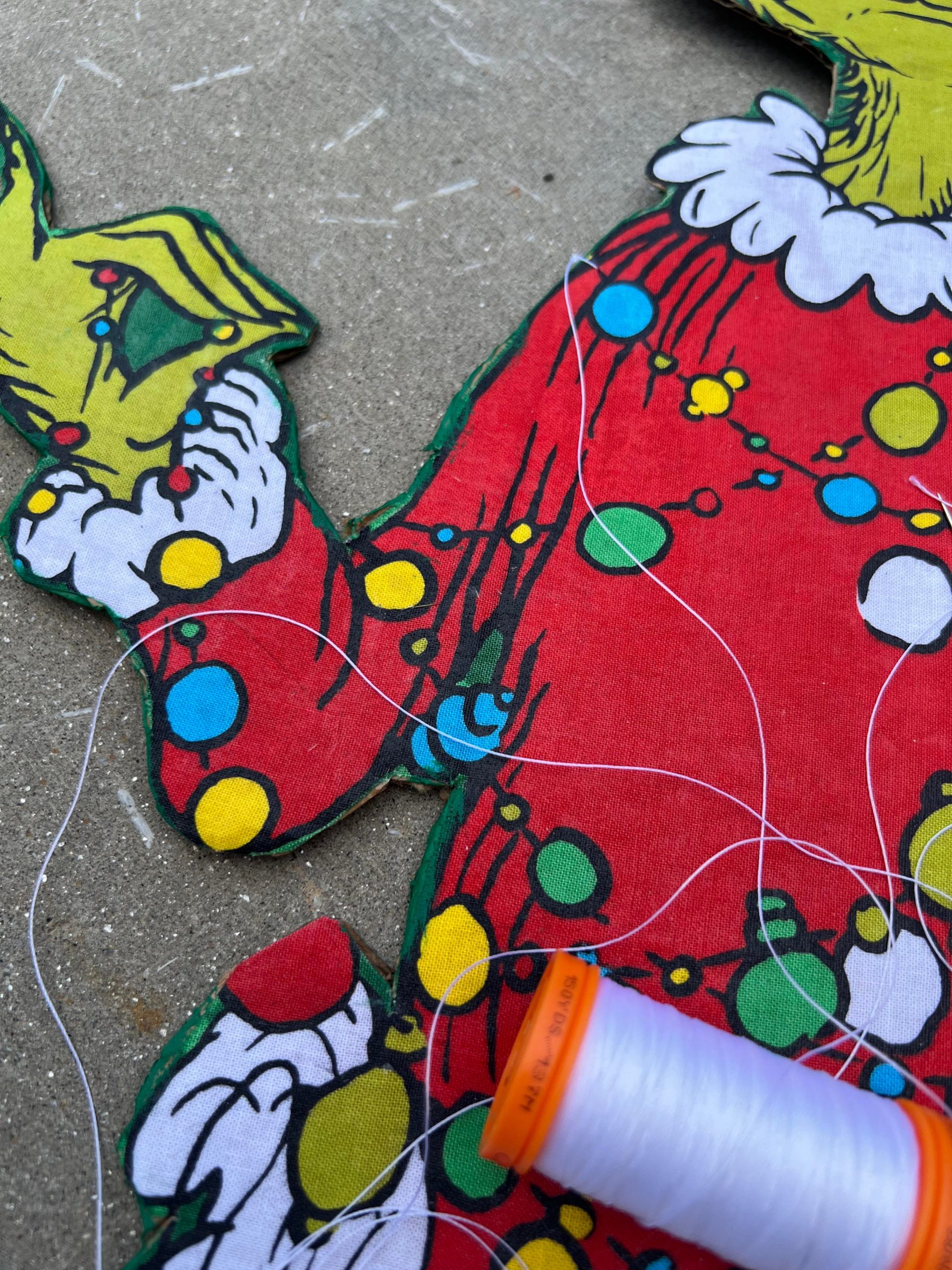 The next step is to sting some poms. I used some thread and a needle and all different size pom poms. I placed the needle through the cardboard to tie a knot for the starting point. I went back and forth a few times and tied another knot at the end. This Grinch is very easy to make and looks so cute sticking out of a tree.